Note: This Cost is changeble.

US-Bangla Airlines, was established on 17 July 2014, one of the premium airline of Bangladesh. We are known for our standard of services, reliability and ultimate flying comfort. The Airline (BS) was awarded AOC (Nr 20) on 08 July 2014 to operate in domestic sectors. We started our journey with two Bombardier built DASH 8-Q400 aircraft and the 3rd after few months of operation in domestic region. On 15 May 2016 , we entered into the international air space. Since mid-May 2016 US-BANGLA Airlines has been regularly increasing frequencies and widening up wings over different cities in various countries in SAARC, Middle East (GCC) and Southeast Asian countries by four modern B737-800 aircraft. During the year 2017 in the midst of national and local carriers, we operated maximum number of flights, transported maximum number of passengers which is about 50% of the total domestic market share. With the pace of time, we became the fragment leader in domestic destinations and became the preferred airline amongst travelers.

Later in the year 2018-2019, we introduced Brand new ATR 72-600 to the fleet. The first of its kind in our country. All the contemporary amenities for a medium-sized jet of 72 seats and all its unique specifications have earned the most reliable badge in Bangladesh. Recently Six brand new ATR 72-600 has joined the fleet. Soon our wings got wider, we began to spread all over Bangladesh. 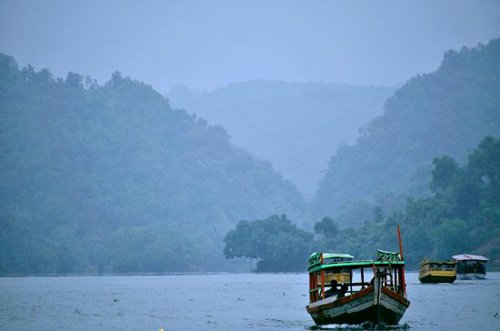 Foy's Lake is a man-made lake in Chittagong. . .

Amazing Tours Bangladesh is a Leading Tour Operator in Bangladesh.